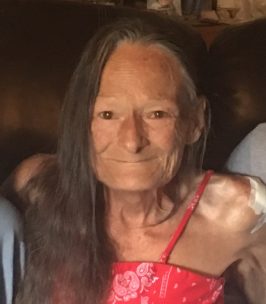 Sylvia "Dianne" Thomas was born on February 20, 1954 in Covington, Tennessee to Lewis Harkness and Mavis (Hopper) Garrelts. She passed away on August 5, 2022 in Clarksville, Arkansas at the age of 68. She worked in aircraft catering and was of the Southern Baptist faith.

She is preceded in death by her parents.

She is survived by her son, David Lee Flowers Jr. and wife, Toni Flowers and adopted grandsons, Bryland Scott Flowers and Xzavier Lee James Flowers all of Omaha, NE; her daughter, Bobbie Henry and husband, Brett Henry of Belton, MO; her special niece, Misty Warnock of Clarksville, AR; her brothers, Bill and Mary Harkness of Paris, AR; Mike and Karen Harkness of West Memphis, AR; her sisters, Janice Warnock and Kevin Morrison of Clarksville, AR; Joanie and Richard Kareklau of Pineville, OR; her 8 grandchildren and 4 great-grandchildren.

A memorial service will be held at a later date.