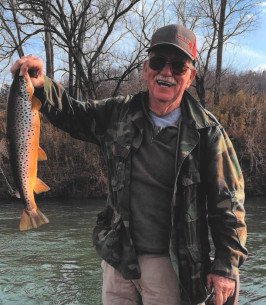 Stanley Don "Butch" Marvel was born on April 20, 1942 in Van Buren, Arkansas to Dwight Bazil and Ora Mae (Langston) Marvel. He passed away on April 3, 2022 in Clarksville, Arkansas at the age of 79. He was of the Assembly of God faith and a Mason.

He is preceded in death by his parents and his wife, Betty Sue Marvel.