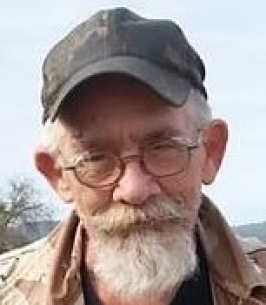 Nelson Bernhardt Eddy, Jr. of Clarksville, Arkansas was born on February 10, 1944 in New London, Connecticut to Nelson B. Eddy, Sr. and Dorothy Forrester Eddy. He passed away on January 10, 2022 in Russellville, Arkansas at the age of 77. He was a United States Navy Veteran, of the Assembly of God faith, and a heat treat metallurgist.

He is preceded in death by his parents and his son, Brian Elliot.

He is survived by his wife, Melissa Kay Pledger Eddy of the home; his sons, Braxton Eddy and fiancé, Kaytlin McCormick of Coal Hill, Arkansas; Kenneth Eddy of Portsmouth, Virginia; his daughter, Ariel Nichols and husband, Josh of Atkins, Arkansas; his grandchildren, Maddox, Benson, and Elijah Nichols, Gracelynn McCormick, and Autumn Eddy.

Visitation is from 5 p.m. until 7 p.m., Thursday, January 13, 2022 at the Hardwicke Funeral Home Chapel in Clarksville, Arkansas.

In lieu of flowers, donations may be made to St. Jude Children's Hospital or Shriners Hospital for Children.