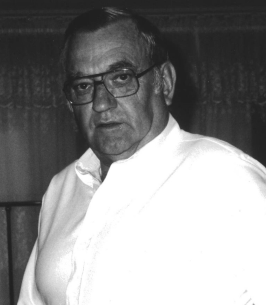 Kenneth Dean Harmon was born on May 12, 1934 in Lamar, Arkansas to Henry Harmon and Myrtle Sharp. He passed away on October 1, 2022 in Clarksville, Arkansas at the age of 88. He was of the Baptist faith, an operating engineer, and an auto body repairman.

He is preceded in death by his parents, Henry Harmon and Myrtle Sharp; his son, Steven Dean Harmon; his stepmother, Juanita Pullen; his sister, Betty Flippin.

Visitation is from 5 p.m. until 7 p.m., Wednesday, October 5, 2022 at the Hardwicke Chapel in Clarksville, Arkansas.