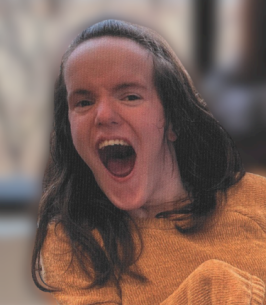 Hannah Lowery Gibson of Clarksville, Arkansas was born on May 25, 1995 in Little Rock, Arkansas to Gordon Gibson and Martha Pearson. She passed away on April 8, 2022 in Clarksville at the age of 26. Hannah was a Special Olympian, a devout Christian, a part of M.A.C. Industries and Prom Queen.

She is preceded in death by her mother, Martha Pearson; her grandparents, Gordon Russell and Cynthia Gibson and Freda Pearson.

Memorial contributions may be made in Hannah's name to M.A.C. Industries at 400 Oak Ct in Clarksville, AR 72830 or to Ronald McDonald House at https://support.rmhc.org/site/SPageNavigator/pw/Donation_Landing.htm.