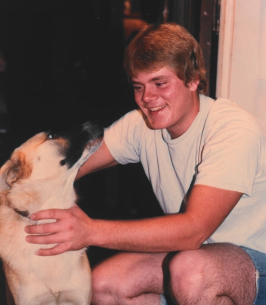 Born August 9, 1968 to Carl and Lois (Fordahl) Roden of Knoxville, Arkansas, the youngest of 4 boys.

Dan was a welder by trade and he enjoyed a variety of interests. He enjoyed going to the lake to hunt arrowheads. Growing up he worked hard with his Dad and brothers around the cattle, in the hay fields and later the timber. A Christian by faith and a son and brother we were proud of with a very caring and loving heart.

Dan is preceded in death by his father, his brother, Lee Roden, grandparents Louis and Hallie Roden of Knoxville, Arkansas, Oliver and Fern Fordahl of Crosby, North Dakota.

He is survived by his mother, brothers, Roy Roden of Knoxville, Arkansas and Guy (Sonja) Roden of Huntsville, Arkansas. His numerous cousins, who have stayed close over the years. And family members of the home, niece, Jessica and children, Chevy and Willow. Along with several close friends he grew up with.

A memorial service is 2:00 p.m., Saturday, January 15, 2022 at the First Baptist Church of Knoxville in Knoxville, Arkansas with Ben Williams officiating.