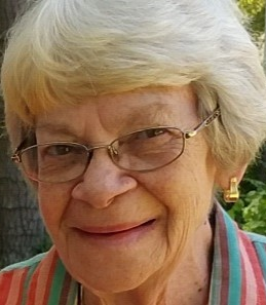 Cynthia (Cindy) Nesline McFarlane was born on April 23, 1943 in Clarksville, Arkansas to Myra King Johnston and John F. Nesline. She passed away on February 17, 2022 in Clarksville at the age of 78. She was a book store operator and a graduate of Hendrix College.

She is preceded in death by her husband, Robert McFarlane, her mother and step-father, Myra King Johnston and Cecil Johnston and her father, John F. Nesline.

She is survived by her daughter, Caitlin Williams (Carey) of Rogers, AR; her sister, Deborah Christian of Hot Springs Village, AR; her nephew, Chuck Hartlein; her grandchildren, Chelsea Travis of Rogers, Scott Hughes of Virginia, Dakota Travis (Jan) of Highfill and two great-grandchildren.