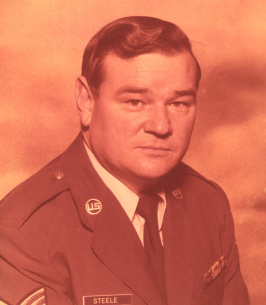 Billy Gene Steele was born on August 22, 1945 in Clarksville, Arkansas to Leo and Edna Tipton Steele. He passed away on December 5, 2021 in Clarksville at the age of 76. He was a proud United States Air Force Veteran.

He is preceded in death by his parents; his son, Joseph E. Steele; his brother, Douglas Steele and his sisters, Faye Clayborn, Georgia Riley, Marie Johnson, Wanda Kramer.

Visitation is 5 p.m. until 7 p.m., Friday, December 10, 2021 at the Hardwicke Funeral Home Chapel in Clarksville, Arkansas.