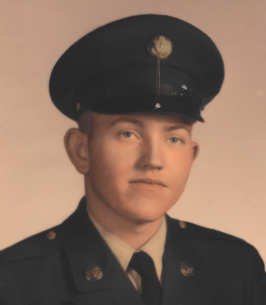 Billy Horace McCarley was born on July 19, 1944 in Hickeytown, Lamar, Arkansas to John Frank and Margaret Rebecca Higgs McCarley. He passed away on January 10, 2022 in Piney, Arkansas at the age of 77. He was a United States Army Veteran.

He is preceded in death by his parents, his daughter, Amanda Renee Palmer and his sister, Sandra Robinson.

He is survived by his sons, William Gregory McCarley and Jeffery Paul McCarley; his daughter, Billie Dawn McCarley-Babson; his brothers, Ricky and Lisa McCarley, Mike and Paige McCarley, and Randy McCarley; his sisters, Barbara Watson, Elaine and Gene Leeds, and Gail Nichols; his 8 grandchildren and 14 great-grandchildren.

A memorial service will be held at a later date.